The Best Campgrounds and RV Parks in Texas

The Vineyards of Fredericksburg RV Park

Fort Worth, Texas
Reviews 0
|
Photos 0
From

Lake Hawkins RV Park
"Love this lake and campground in the people who run this place are the very best thanks for a great time"
Lake Hawkins RV Park
"The swim area and and area to pull up kayaks had an abundance of moss. Other than that the park was very clean and it was a pleasant stay. "
Yanawana Camp
"At first glance, you'll wonder if you made a mistake because it's unlike most other RV camping spots. But once Clemente and Gabby greet you and show you to your spot, you'll find that being different is a GOOD thing. It's a lovely, quiet, well-kept little (5 pads) RV park. Although the final approach roads are a little tricky - and I wouldn't walk in that area - it's in a great location for all th"
Sargent Beach RV Park
"The RV park itself is in great shape. Clean, everything works. Water, sewer, 30/50 Amp electric. Laundry. About 50 feet from Gulf. The beach is eroding here so there is not much beach left but still pretty decent. This place is off the beaten trail and quiet. If you want to swim, fly a kite, fish it's great. Also a great place to run. Bait shop on other side of bridge. If your looking for bars an"
Lake Hawkins RV Park
"Lake Hawkins never disappoints! Great management. Always clean and tidy. Most sites are shady and they are quite large compared to other campgrounds. The beach area had a lot of debris in the lake. But that aside, the beach area is very nice. "
Bay RV Park
"We’ll be back! Surrounded by tourist attractions like NASA, Kemah & Galveston Island, we were really sorry we ran out of time and only had one night's stay at this RV park. We should have budgeted more time - we’ll be back -thanks for a great stay!"
Corral RV Park
"There’s nothing fancy about this little place but it was very well-kept and comfortable for those with pets or kids. It was quiet and great for a one night stop."
Lake Hawkins RV Park
"We loved the park. Everyone was very friendly and the store was really cute! Thanks for a great weekend. "
Lake Hawkins RV Park
"As always, the park is clean, the staff attentive, trash and fire pits emptied regularly, grounds mowed, and beach picked up. My only complaint is the increasing disrespect of day users. My last two trips (both this month), they were grilling on the actual beach, occupying RV spaces, and walking through our camp area,. RV spots are rented to pay the staff who must maintain them. Overall, still the"
Lake Striker Resort
"Great time, every time. Be back soon."
Diamond Dale RV Park
"This campground was perfect for our family of 5. Arrived super late, but the owner was out and about and greeted us. This was our families very first trip in our very first RV and the owners and campground could not have been more perfect for us. The ice machine in front is a huge perk!! Internet was out, but the owner was on the phone immediately. We will definitely stay here again!"
Search Availability 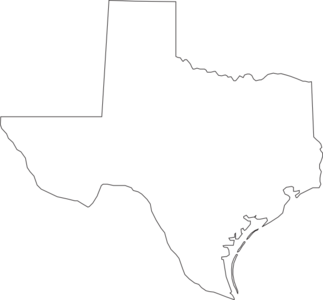 Every corner of Texas has RV parks, and Texas is a state with many corners. From the Panhandle to the western desert, the piney forests out east and coastal prairies extending along the gulf coast and our beloved Hill Country, the state is one of the most diverse in the nation.

Texas Hill Country is among the most popular spots for RV camping in the state, not just because of its central location. The hills are hiding waterfalls, slow moving crystal clear rivers and streams, and lakes for boating, paddling, swimming and fishing. Hill country waterways are well stocked with catfish, bass, and other species. Many of the natural designations offer seasonal hunting.

While the area is relentlessly hot in the summertime, just like the rest of the state, it's the water features that that help keep folks cool long enough to enjoy being outdoors. Some of the more popular spots for RV camping in Hill Country include RV resorts around the regions’ many State Parks. Try Colorado Bend, Pedernales Falls, Inks Lake, or Garner State Park, located southwest of San Antonio. The many small towns surrounding Utopia, Texas thrive in part because of the nearby outdoor attractions. North of San Antonio and west of Austin, the areas around San Marcos and Canyon Lake have some of the most popular RV resorts and play host to folks who spend months at a time in this gorgeous part of our country.

West Texas is home to often overlooked and sparsely visited Big Bend National Park and Big Bend Ranch State Park, which occupy the bend in the Rio Grande River on the border with Mexico. Here, the mostly flat and arid desert buckles into mountains and valleys, providing some of the most extreme adventure, especially for folks willing to make the long trek to this most-remote corner of Texas.

Visitors are rewarded with warm, dry air free from the humidity that permeates the rest of the state, and the unique landscape that inspires folks to make the drive out. RV resorts in West Texas are most popular during the shoulder seasons, when in early spring (and occasionally after summer) the desert cools and comes to life after even the lightest sprinkling of rain. But the area isn’t only remote desert wilderness. Further north, the towns of Marfa, Marathon, and Alpine, serve as gateways to the Big Bend region. Each town has its own character. In recent years, Marfa has gained quite a bit of attention from hip tourists looking to explore the small city’s many art venues and quirky attractions. The nearby Davis Mountains State Park provides a lush and hilly area to set up camp within an easy drive the aforementioned towns to the south as well as to I-10 and Balmorhea State Park to the north.

The Texas Panhandle is home to Amarillo and Lubbock, and in between them are two of Texas’ best loved camping destinations. Caprock Canyons State Park and Trailway are popular among RVers who travel with horses, as the park offers many miles of excellent trails winding around the red rock formations and desert prairie shrubs and bushes. It’s one of the best places in the U.S. to rise before dawn to view stars as it’s situated many miles away from any major metro’s light pollution.

Palo Duro Canyon State Park is much closer to Amarillo, and therefore gets a bit more attention than its neighbor Caprock Canyons. Palo Duro Canyon extends about 65 miles and displays more layers of ancient rock than the Grand Canyon. Geologists come from far and wide to learn from Palo Duro, and RVers come to enjoy the rich history of the area and natural beauty that is so incredibly reminiscent of classic western movies.

East Texas is covered in piney forests that extend all the way to the Atlantic Coast. These tall trees provide shade from the heat for RVers, and the many lakes keep campers cool and entertained. Sabine National Forest shares the border with Louisiana and is where the swamp meets the forest. This is where the Sabine River broadens into the Toledo Bend Reservoir, which runs for miles. Hunting, fishing, remote, and RV camping are all possible at different points across this massive area, and many are drawn to quiet and remote park to enjoy a bit of peace and quiet in a peaceful wooded setting.

Another draw for Sabine National Forest is its proximity to Louisiana, where gambling casinos are plentiful! The nearby Angelina National Forest is much like its neighbors, but offers less of a swampy experience than a classic oak and seasonable forest surrounding the massive Lake Sam Rayburn. Just north of Houston are Davy Crockett National Forest and Sam Houston National Forest, which are (obviously) named after two of Texas’ early champions and represent a perfect merging of history and wilderness. These are Texas sized parks, and collectively they comprise thousands of square miles of old growth forests with trails for foot, bike, and horse traffic year-round.

The Texas Gulf Coast has many smaller parks and natural designations where visitors can explore coastal prairies, rivers, and beaches that extend from the border with Louisiana to the border with Mexico. Among the most popular are those to the south of San Antonio, and most are within a short drive from RV parks and campgrounds near the quaint seaside towns that dot the coast. Just south of Victoria, Texas is the Aransas National Wildlife Refuge, which is a massive plot of land where rare birds and critters of all sorts make their home. Further south near Corpus Christi is Port Aransas, which begins a breakwater strand that leads to Mustang Island State Park and Padre Island National Seashore, two of Texas’ most popular coastal destinations.

There are many RV resorts to choose from no matter where you travel through Texas, and the area is well-prepared for the influx of visitors each summer.