The Best Campgrounds and RV Parks in Maryland

Woodlands Camping Resort
"Stayed June 2021, note there is no laundry room. Poor internet reception, poor to no TV reception without a Portable Satellite signal finder. Mostly Seasonal n permanent campers. Staff n Seasonals are Vary helpful. They have a All volunteer recreation committee ran by Seasonal Campers with things for children n adults to be involved in. I advise making a reservation in advance, was told on holiday"
Patuxent Camp Sites
"I have been coming to this beautiful spot on the river for years & I can honestly say it is going nowhere but up. The NEW management team is wonderful, so helpful & accomodating. They were left with quite a mess by the former embezzeling management & their friends. The cancer of this place has been evicted & sooooo much clean up has taken place. Yes, the roads are a challenge right now but you can"
Patuxent Camp Sites
"My family stayed at Patuxent Campsite for a week while we were waiting to transition to our home in VA. I was skeptical at first after reading all the negative reviews. However, I am so glad we decided to stay. The staff could have not been more friendly or helpful. We had some issues putting our trailer on one of the top lots, they immediately accommodated us and got us moved to a more conve"
Duck Neck Campground
"The campsite is located in a nice area. Loved the app operated washer and dryer (no need for coins). Camp sites are located too close to each other. "
Duck Neck Campground
"We spent two nice, quiet nights at Duck Neck campground. We had a site with a river view and saw two beautiful sunsets. "
Patuxent Camp Sites
"Wonderful place. First visited in 2014, with a kayak and a tent. Bought a used RV the next year and rented a waterfront site (seasonal) adjacent to the boat launching dock. A bad storm blew the roof off the RV in April 2016. Bought another newer camper to replace it in May 2016, and have been living here full-time ever since. It’s not the most modern, but it’s MORE than adequate for the “retireme"
Duck Neck Campground
"Had a great time over the 4th. Happy pool was opened too. A bit rowdy, but super nice people. We needed that after quarantining. Owners and maintenance were exceptional. We will be back."
Duck Neck Campground
"Quiet campground with great walking trails. Nice packaging of the firewood in buckets or large crates."
Duck Neck Campground
"We came Memorial Day, it was quiet and peaceful. We had the best spot on the water for hanging out and the views. Nothing of course was open because of the Covid virus. The staff was extremely friendly and helpful. Unfortunately the people who stay on site long time did not wear masks or understood social distancing. Will return 100%"
Washington DC / Capitol KOA
"We received a warm welcome from the staff. Our site is gravel and level with shade. It's a pull-thru with full hook-up. Being so early in the season the pool is closed. They have a big laundry, though some of the washers need maintenance. We like the wooded area around the park and the trails. It's great for walking out kitty. "
Duck Neck Campground
"Everyone was so friendly, from fellow campers helping to back in to office staff. Everyone waves! Great location, peaceful. Historic Chestertown is minutes away. I was there for deer hunting in October but will return in the summer."
Search Availability 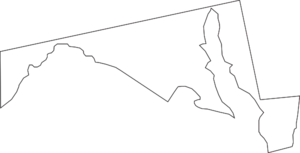 Maryland RV parks and campgrounds run the gamut from mountainous RV sites in the Appalachian Mountains to seaside campsites on or near the sandy beaches bordering the Atlantic Ocean on the eastern edge of the state. Maryland also borders Washington D.C. and along with Virginia provides the best options for RV traveling to or from our nation’s capital. There are numerous protected lands to explore and vibrant cities like Baltimore to enchant history buffs and urban enthusiasts in your group.

Western Maryland’s RV parks are in or around the many state parks and protected areas that comprise this hilly and densely forested region of the state. Check out Herrington Manor State Park, Broadford Park, Garrett State Forest, and Deep Creek Lake State Park, which is open year-round and offers quiet lakeside recreation far from any major cities. A bit to the east of these locales are popular destinations like Casselman River Bridge State Park, New Germany State Park, and the occasionally crowded Rocky Gap State Park, where guests can relax on the sandy beach and explore the well-maintained hike and bike trails of the Appalachians near the border with Pennsylvania.

As you make your way further east you’ll arrive at Green Ridge State Forest, where the state of Maryland becomes constricted by its neighbors Pennsylvania and West Virginia. This vast tract of land is open for fishing and hunting, and offers a more-remote experience than many of the neighboring natural attractions along the Potomac River. Nearby Fort Frederick State Park welcomes visitors with rich history spanning three wars fought over the land the fort occupies.

As you continue towing the trailer east you’ll enter an area overrun by natural and historical attractions. Hagerstown and Frederick have RV parks scattered around them, and are within an easy drive from destinations like the Chesapeake and Ohio Canal National Historical Park, South Mountain State Park, Washington Monument State Park, and Greenbrier State Park, which offers guests a sandy beach along a serene forest lake setting. Catoctin Mountain Park and Cunningham Falls State Park, both just outside of Thurmont, Maryland have plenty of nearby campgrounds and RV parks to choose from.