The Best Campgrounds and RV Parks in Illinois

Bubba J's RV Park
"Love this Place... Lots of Shade!!!"
Bubba J's RV Park
"Just what we were looking for. Getting out in the camper, and bar outing. Great food and entertainment. Nice weekend trip. We'll be back!"
Rolling Oaks Campground
"a really nice park with helpful and friendly people. enjoyed our stay."
Lundeen's Landing Campground
"Spent 4 nights there for a baseball tournament in the area. Campground is 17 minutes from the TBK Bank Sports Complex. Campground was clean and family oriented. Staff was polite and helpful. Backed RV to within 25 feet of the Rock River. Water and electricity on each site. They have someone come around 2 times a week to dump your tanks for a $5 fee and they do have a dump station. Will stay there "
Bubba J's RV Park
"Super friendly and helpful. The hookups are great. They are still refining the grounds as they just opened 7 months ago. We will be coming back. "
Lundeen's Landing Campground
"Great little campground to get away and hangout with friends and family. Fishing docks, swim beach and the owners are super friendly and accommodating."
Bubba J's RV Park
"Great location, close to Rend Lake. Staff was awesome, bathrooms were clean and stocked. Sites were very thought out and easy to park and get set up in a timely manner. The restaurant right next door says they have the best pizza around and they did not disappoint. I will definitely return soon!!! Great Job Les and your crew. "
Bubba J's RV Park
"This place is very nice. Water, sewer, and power hooks up was well thought out and easy to use. Table and fire ring at site also nice. Our only issue was that we did not realize that the camp spot is located next to a bar. The spot we got was just steps from the bar patio. That was not to bad but the neighboring camp spot decided to do karaoke one night and continued into the night till at lea"
Bubba J's RV Park
"This place is Awesome! Great owners Quite, good outdoor activities in area. I will be back to stay again Hidden Gem. "
Galesburg East
"This is a lovely, clean campground with many recent improvements. There is much for kids, a pretty lake with a fountain and walking trails, and it is easily accessible from Highway 74 a few miles east of Galesburg. "
Evening Star Camping Resort
"Very friendly and easy to get in and out"
Search Availability 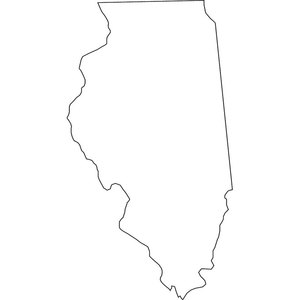 Illinois RV parks are plentiful throughout the state, with the notable exception of the Chicago metro area, where it can be difficult to find an RV site in one of our country’s largest metropolises. Camping in Chicago isn’t impossible, however, and there are many excellent RV resorts scattered around the Windy City that offer the dual benefit of being in a natural setting but still relatively close to Chi-town. Illinois is a diverse state, and while it’s one of the flattest states in the union, it does possess several different ecoregions.

South Central Illinois RV parks and campgrounds cluster around the towns between St. Louis and Chicago. This region is home to Springfield, Decatur, Champaign, and Bloomington, and there are still plenty of State Parks to explore, including Eldon Hazlet, South Shore, Fox Ridge, Walnut Point, Sangchris Lake, and Lincoln Trail State Parks. The Illinois River cuts through its namesake state, and there are numerous opportunities to explore between Peoria and the border with Missouri where the river becomes part of the Mississippi near St. Louis. Central Illinois is an ideal spot to make camp when travelling between the Great Lakes region to the Ozarks, or from the Midwestern forests to the Great Plains region. The state has always been a crossroads of sorts, and continues to play host to weary travelers who get more than just a place to stay for the night, they also get vibrant nature and lots of history and heritage to boot.

The Illinois River flows west from Chicago before it pivots and heads south to St. Louis, and prior to that pivot there are several fantastic areas to make camp and get outdoors not too far from the Windy City. Take Interstate 80 west past Joliet and you’ll pass Channahon State Park, Gebhard Woods State Park, Illini State Park, and a trio of state parks near Oglesby in the form of Mattheissen State Park, Buffalo Rock State Park, and Starved Rock State Park, one of Illinois most-popular summertime camping areas.

Northern Illinois campgrounds are plentiful around Rockford and around the outskirts of Chicago, and like the rest of the state there are lots of spots to explore the wilds of the Midwest. Checkout Prophetstown State Park, Lowden State Park, or Rock Cut State Park near Rockford. Closer to Chi-town is Chain o’ Lakes, Moraine Hills, and James Pate Philip State Parks.