The Best Campgrounds and RV Parks in New York

Country Charm Campground
"Very peaceful, large site, will get 5 stars when internet is set up "
Misty Mountains Park 585.968.4005
"We stayed in one of there cabins very nice tv would have been nice but it was very nice and the owners very nice "
Lake Chalet Campground & Motel
"I've been coming here for the last 10 years from the west coast. It's close to my family here, reasonably priced, and just wonderfully peaceful. The chalet is kept nice and the rooms are comfortable. It certainly is a hidden gem in the country! "
Lake Lauderdale Campground
"It was really good . The owner came around after we got all set up and introduced his self .He asked if we need anything. He was always around ."
Lake Lauderdale Campground
"Great place ! Great scenery ! Friendly people The owner Mark goes out of his way to make sure you enjoy your stay . Eric Boyer Souderton Pa "
Misty Mountains Park 585.968.4005
"Misty Mountains Park is under new management in 2022 with co-owner Joan Totten Amundson at the helm and Terry Payne on-site to take care of the daily needs ensuring campers are safe and comfortable. While staying with us plan to visit the Village of Cuba as it celebrates its bi-centennial year and also enjoy the surrounding area that offers many recreational opportunities."
Lake Lauderdale Campground
"grounds well kept, friendly & helpful staff"
Lake Chalet Campground & Motel
"I love this place! It’s so peaceful and relaxing! We love to fish in the lake. The owner is very friendly! "
Misty Mountains Park 585.968.4005
"Well kept, clean campground. Easy access spaces. Friendly, helpful staff. Plenty of full hook-up, 50 amp sites. We will be back. "
SutterCreek Campground
"We stayed over the long Memorial Day weekend and thoroughly enjoyed our stay. Owners were wonderful- very friendly and accommodating and our neighbors were great. The only downsides were no pool or camp store but stores very close by, otherwise everything was great. Would definitely return."
Covered Bridge Campsite
"A great campsite, we stayed on a Waterfront, Primitive Tent Site and loved it, lots of space and feeling out in the wild but also nearby, very happy with the people running the site, we had wood dropped off at our place for us"
Search Availability 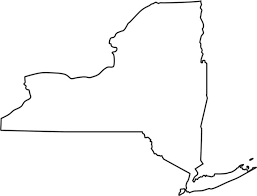 The RV parks and campgrounds in New York begin in The City and extend all the way north to Cornwall and all the way west to Niagara Falls. The Upstate area of the Empire State is vast and ecologically diverse: there are mountains, forests, rivers and lakes almost everywhere, and there are numerous spots to make camp in every region. Even folks in New York City have RV parks nearby, and State Parks and protected lands to explore just outside the five boroughs. Whether you’re interested in hunting, fishing, kayaking, canoeing, hiking, biking, horseback riding, boating, or just generally camping somewhere, there’s a place for you to do all of that in New York. You just need to know where to look.

As you motor north to the Poughkeepsie area you begin to encounter more remote and less-visited destinations that are still relatively close to NYC. Camping in Upstate New York is extremely popular at Minnewaska State Park, while folks interested in exploring the Hudson River Valley should be sure to check out Franny Reese State Park, Mills Norrie State Park, and Walkway Over the Hudson State Park. As you motor north into the highlands of Cherry Ridge Wild Forest, Willowemoc Wild Forest, and the Sundown area, you encounter a patchwork of quaint small towns and fantastic places to go camping. Further north and to the east a bit are the Phoenicia Wild Forest, Indian Head, Kaaterskill Wild Forest, and Catskill Park.

As you leave the Catskills for the Adirondacks you’ll encounter some of New York’s most photogenic RV parks and campgrounds. These northern reaches have hosted the Winter Olympics, and provide endless opportunities for wintertime activities. But most folks venture into these hills during the summer, when alpine lakes shrouded by trees provide cool and serene venues for folks to make camp and unwind away from the crowds. Check out Adirondack State Park, Moreau Lake State Park, Verona Beach State Park, or the High Peaks Wilderness just south of Lake Placid.

The western half of New York that’s sandwiched between Pennsylvania and Lake Ontario is by far the fastest growing area for camping, with thousands of folks from across the globe journeying here to see, among other things, the Finger Lakes, Niagara Falls, and cities like Rochester and Syracuse. Unlike many camping destinations where folks are crowded into an area to visit one specific attraction or venue, this part of upstate New York is spread out. The lakes region of the state is scattered with fantastic naturally designated and protected lands open to the public, as well as some fantastic RV resorts to choose from. Check out Chenango Valley State Park outside Binghamton, or Chittenango Falls State Park outside of Syracuse. Moving west, the wilds of New York’s Finger Lakes region are on display at venues like Watkins Glen State Park, Taughannock Falls State Park, and Sampson State Park.