The Best Campgrounds and RV Parks in Columbus, Ohio 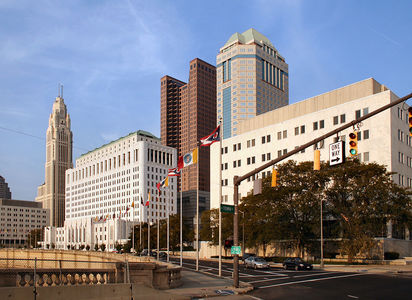 Columbus might not strike you as a tourist destination, but lower expectations make Columbus quite the treat for first timers. Vist the capital of Ohio for a weekend getaway and you may find you need more time to see all it has in store.

COSI - The Center of Science of Industry has served over 30 million visitors at since 1964. Though geared more towards kids, anyone can have fun and learn something new at one of its interactive exhibits with names like "Ocean," "Space," "Gadgets," and "Life."

Columbus Zoo and Aquarium - This zoo might well be the best in the country (excluding maybe San Diego's). It features large exhibits that are home to more than 9,000 animals, representing 650 species for around the world. Its grounds also include the 22-acre Zoombezi Bay water park as well as the 18-hole Safari Golf Club.

The Palace and Ohio Theater - These two impressive theaters are located on opposite ends surrounding the Ohio Statehouse, which is a sight to see in its own right. Both theaters feature Broadway musicals, A-list stand-up comedians, and live concerts.

Scioto Mile - This 33-acre, riverfront park is new to the heart of downtown Columbus. It includes miles of multi-use trails and features display fountains, breath-taking views of skyscrapers, and the largest free-climbing wall in the nation!

ComFest - In late June of every summer, hippies, hipsters, and really just about everyone come out for this free celebration of music and arts. It's held in Goodale Park in Victorian Village, just west of downtown. Because it's a free community festival, it relies on volunteers to set up, run, and clean up its many booths and stages.

Arnold Sports Festival - Established in 1989 by Arnold Schwarzenegger himself, this multi-sports event is the largest in the world. It's most notable event is the Arnold Classic, the second most prestigious event in men's bodybuilding, surpassed only by the Mr. Olympia competition that Arnold dominated in his earlier years.

German Village - This historic district is best known for its restaurants and pubs, the most famous of which are Schmidt's and Thurman Cafe. At Thurman Cafe, you can order the Thurmanator, which includes two 12-once burgers, bacon, cheese, LTO, hot peppers, mushrooms, and more. It created as a means to fuel competitors in the aforementioned Arnold Classic and was featured in the first season of the Travel Channel TV show "Man vs. Food."

Short North -  As you walk south down High Street towards downtown, you'll notice distinctive lighted arches and know you're in The Short NorthDistrict. If you planned right, you'll have come on the first Saturday of a Summer month, when Gally Hop is. This celebration of art includes street performers, live music, gallery exhibitions, and other vendors. The Short North is also known for its restaurants and nightlife.

Columbus East KOA - Located on 40 acres in Buckeye Lake, Ohio, this RV Park has plenty of open space but also lots of shade. The campground's three shower/restroom facilities mean that there's always one near your site, whether you stay at a tent site or an RV site. It features a mini-golf course, a large outdoor pavilion, and an outdoor swimming pool.

Pastime Park - Pastime Park accommodates all types of RVs, with 30-amp electric and water hookups available. There's a half-mile walking path that runs right through the campground as well as a professionally designed disc golf course. Pets are allowed and there's a dump station on-site.