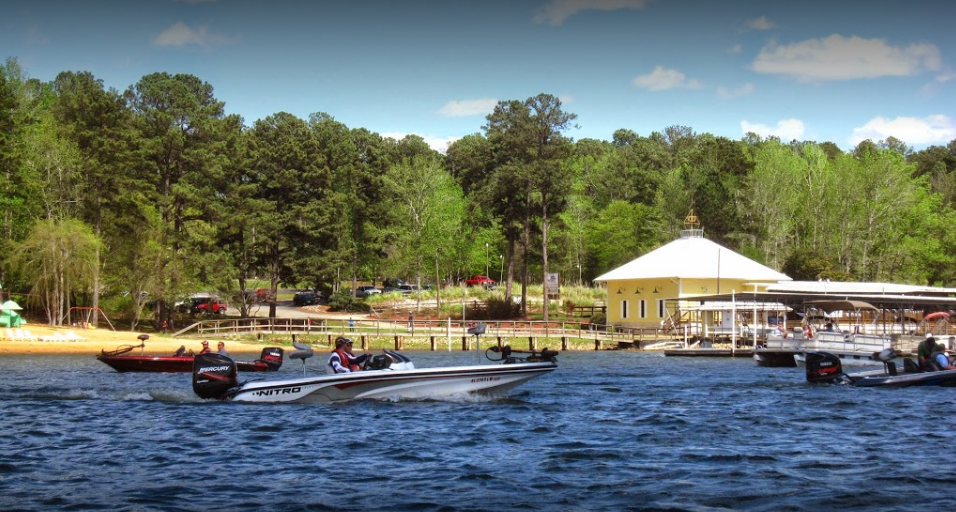 1.0
Had reserved a Campsite for our new 5th wheel in November of 2016 for the entire summer of 2017. That site was given away to someone else and we had to move to another that did not have sewer hookup. Ms. Sam, the manager, told me not to worry that they will pump me out once a week at no charge. During our 2 months there the pump out pump broke 3 different times, one time where we went 2 weeks and the black tank was full. Since we live 60 miles away we had to go home. Sam stated that she would call us once the pump was repaired. We left on a Friday and returned on the following Tuesday with no call. We found that the pump was fixed that Friday yet no call to inform us. The shore power was atrocious. 50 Amp hook up with only one A/C on and my power monitor shut power down for minimum of 6 times to maximum of 22 times a day. Told Sam that the power was screwed up and if she would call the power company i would explain what was going on. After a week with power still shutting off, High on one leg of 137 volts with low on other leg of 101 volts, i called the power company to see what was being done. The response from the dispatch was there has not been a complaint call from them in last several months. Power company came right out after i called and isolated the problem to the power pole at my site. Told mtce and still was not fixed when we left. I had to sign a rules sheet when we checked in. 1) no golf carts, ATVs for longer than 3 days, there were several in campground for the 2 months we stayed. 2) Only 1 vehicle per site parked there. Most sites had 2 and the one across from us had from 4 - 10 depending on if weekend. 3) Campsite must be free of clutter at all times. One site had 3 blue tarps extended out over a dog fence that was approx. 12' x 30'. Dog houses inside, just filthy. 4) Pets must be on leash at all times. This is a joke. Our dogs were inside or on a leash at all times while several others ran wild and crapped on others sites all the time. 5) NO CAMPFIRES, NO BONFIRES, NO EXCEPTIONS. We ended up leaving due to the pump out issue and a camper across from us, near lakeside, who would start a fire at 6 AM and would let burn out around midnight. Burned not just wood but trash also. If you know what Styrofoam and plastic smells like when burning you know how that smelled. I asked Sam about this and she states that as long as its in a fire pit it was ok. I told her it was on the ground and they were burning garbage. She states that she drove by that morning and checked and saw that it was in a pit. I saw her drive by and she could not see unless she got out of her car which she did not. We had a slip for our boat at the cost of $195 a month with a $195 deposit. I have been out for a month now and keep getting excuses as to why i have not gotten my $195 back. First was told that the rate is actually $235 a month so that difference will be taken out of deposit, then i was told that Sam gave it to Chris, the owner, who said we owed her money because we checked out early on the RV site, which we did not, we went from 5/8 to 7/8 and paid for 2 full months. On 7/27 Sam told me that I would be credited $185.36 within a couple of days. It is now 8/9 and yet to see anything. I was down at the docks and saw that they were out of minnows. I went into the store to get drinks for my Grandkids and asked the attendant when they usually get minnows. Dont know the ladies name but she had Gray/blond hair down past her shoulder. She replied "they will be here when they get here". Big sign on the beach that states you must be a registered guest to use the beach, No bottles allowed. When we were there most of the people i spoke with were from LaGrange and just came out to use the beach, and by the way drink with glass bottles.The campsites are not level and most are not full hook up. I was told to dump my grey water on the ground since they will not pump it out. Totally neglected campground. The only people that treated us like customers were the 2 young ladies, Mary (who is not there anymore) and Keith the maintenance guy.
August 09, 2017