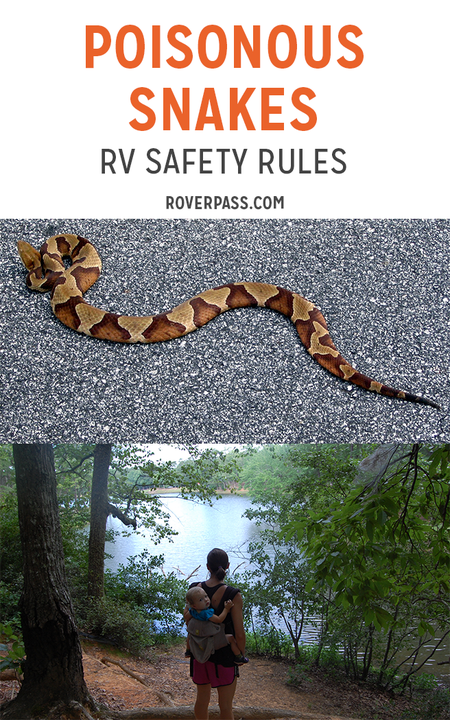 In your neck of the woods, have you noticed that this year’s population of poisonous snakes (officially known as “venomous” snakes in nature circles) seems to be exploding? Every year, I hear more and more stories of snake bites—and just this summer a friend was bitten by a venomous snake while camping in Georgia.

Most sources state that due to a milder and wetter than average winter across much of the U.S., the rodent population is on the rise, which means more meals and increased activity for non-toxic and poisonous snakes alike. 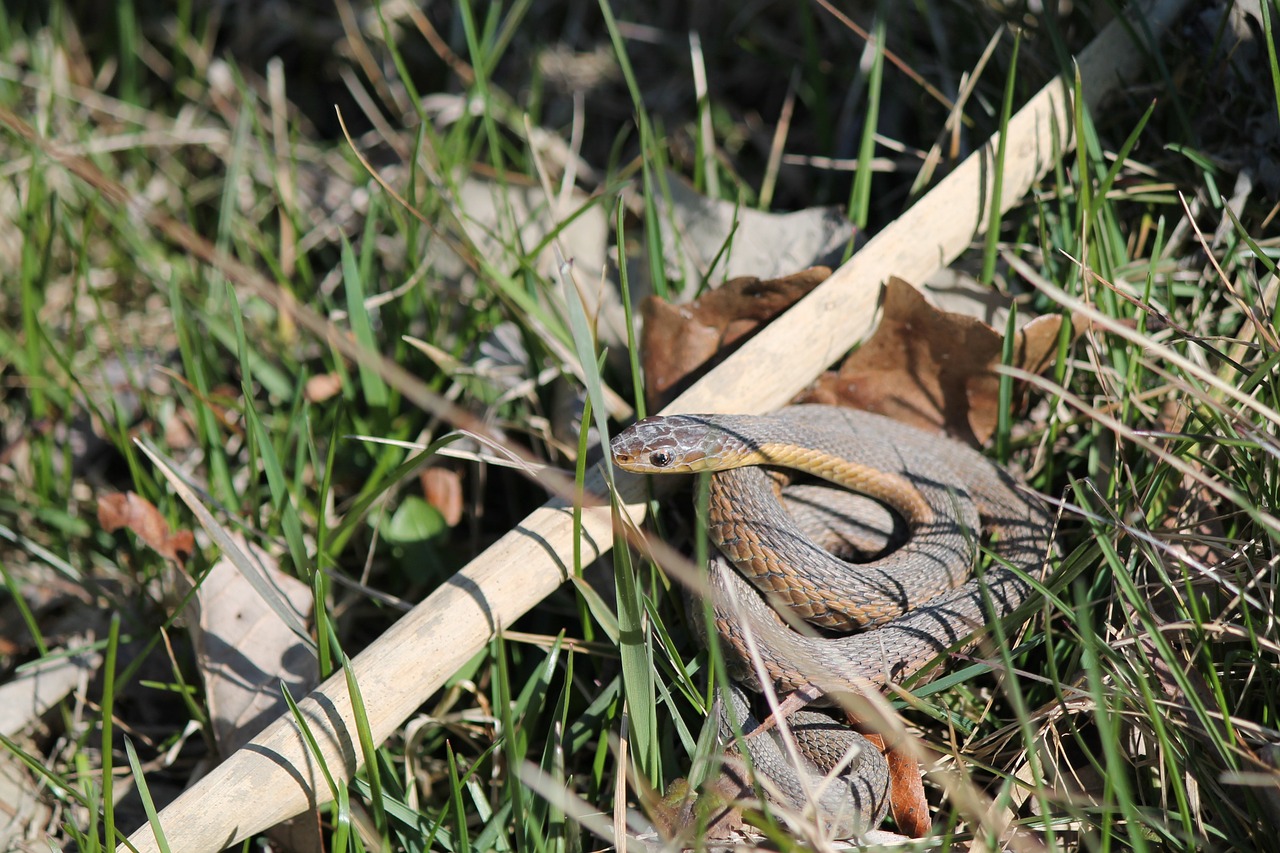 My husband and I encountered three snakes this spring at our sticks-and-bricks house (thankfully all non-venomous), but it was enough to prompt us to do some reptile research and come up with family RV safety rules before spending the summer on the road. Because we’re traveling in the southeast, we paid special attention to snake populations in these regions. Before your family hits the road, it’s crucial that you know what types of harmless and poisonous snakes you’re sure to encounter in other regions.

Here are a few ways that we keep our RVing family on the defensive during snake season.

Before we took our first RV trip earlier this summer, my husband researched venomous snakes in our state. We wanted to know what to steer clear of near home and also what to watch for while traveling.

When we aren’t sleeping on our RV trips, we’re outside hiking, swimming, eating, playing, and exploring. This puts us at higher risk for snake encounters simply because of the amount of time we spend outdoors, especially in somewhat secluded, wooded areas.

Georgia is home to 41 native snakes, but just six are venomous:

Even though I can identify the toxic reptiles, my personal motto is to avoid all snakes at all costs. Once we venture into Florida and other southern states in the next couple months, we will do our due diligence before hitting the road, which means identifying the region’s toxic snakes, but also studying their behavior and the locations we’re most likely to encounter them: on rocks and sunny patches on trails in the morning and in tall grass and hollowed-out tree trunks during the hottest time of day. 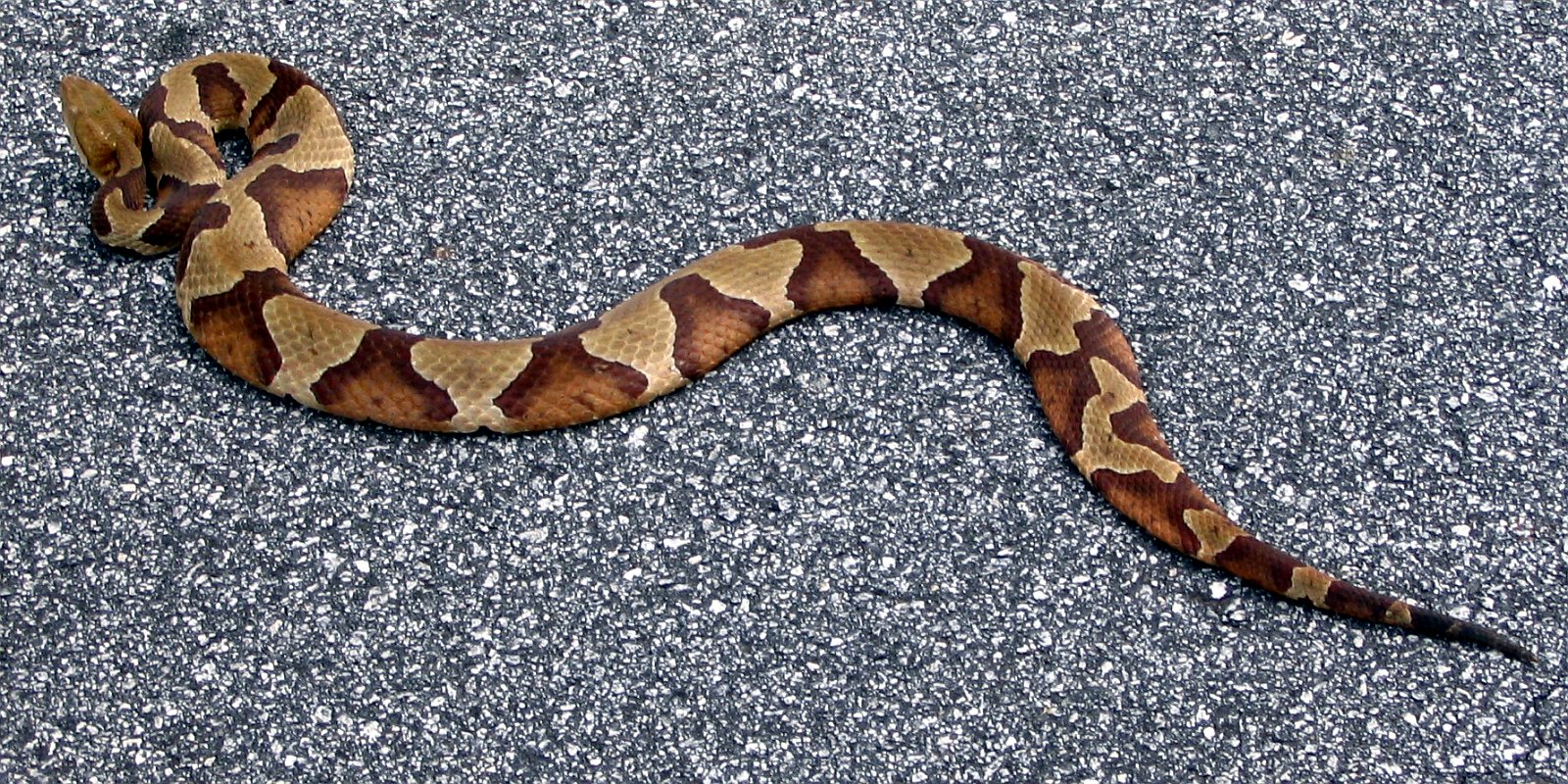 Those of us who are RV hopping from campground to campground during warmer weather must be on our guard when we walk to the bathhouse, when we traverse a creek during a hike, when we cool off in the lake—most anywhere we are outdoors. 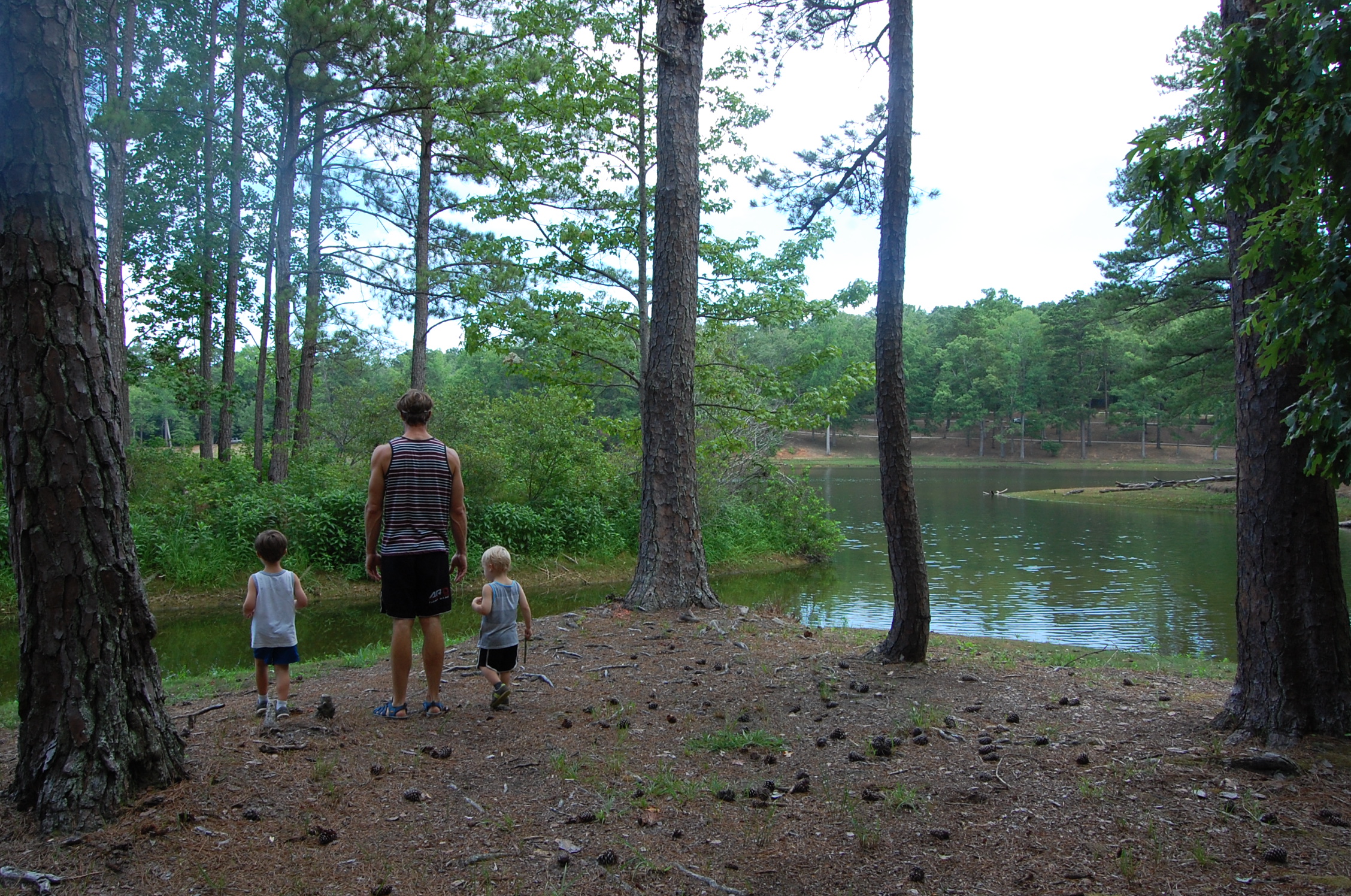 Last week, we spent five days at F.D. Roosevelt State Park in Pine Mountain, Georgia. In our first 36 hours, we spotted two copperhead snakes and one non-venomous snake—all near creeks and lakes.

In Georgia, most venomous snakes habitat near water, so we are always careful around creeks and lake shores. In other areas of the country, snakes may hide near dead logs or shrubs, or some prefer to sun bask out in the open, especially early in the morning. It’s a good idea to figure out the most common hot spots for poisonous snakes in the areas you are traveling and stay guarded.

How to Keep Curious Kids Away from Snakes

For our family, one of our favorite activities while RVing is hiking. Because of the summer heat, we tend to head out first thing in the morning, precisely when snakes like to emerge to sun themselves before temperatures get too hot. 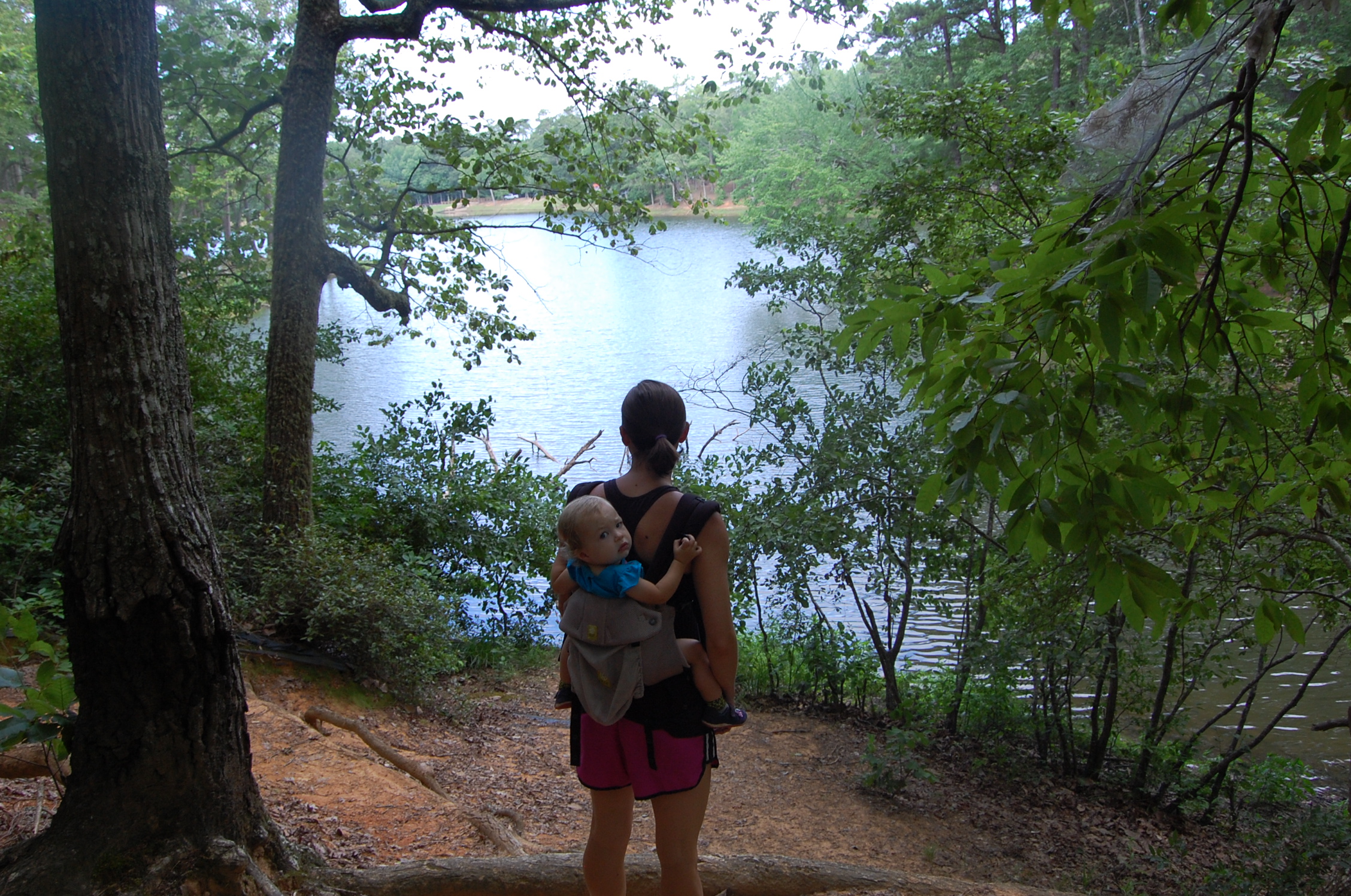 Though I hike with my daughter in a baby carrier, our two young boys prefer to run wild. But during snake season, we make sure they are within a few steps of us and we try our best to let an adult lead the way and go down a hiking trail first so that one of us can spot any snakes well ahead of time.

Though poisonous snake bites are rarely lethal to adults, due to their smaller size, children can have a much more severe reaction.

Always Be Aware of your Surroundings

Snakes aren’t a reason to curb your RVing fun, so enjoy your summer traveling! Just be sure to keep a close watch on the ground. And remember, snakes are experts at blending in with the environment.

Do you like Haley’s articles? Check out her bio below! You can also follow her travels on her blog, The Hobson Homestead.