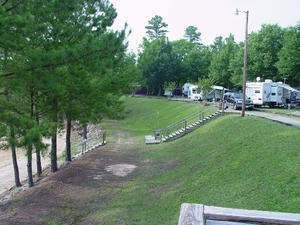 Davis Lake Resort offers a variety of cabins and a 16 person bunk house ranging from $70 - $205 per night . All cabins have heating and air conditioning and rates are based on 4 person occupancy (Except for the Bunkhouse). 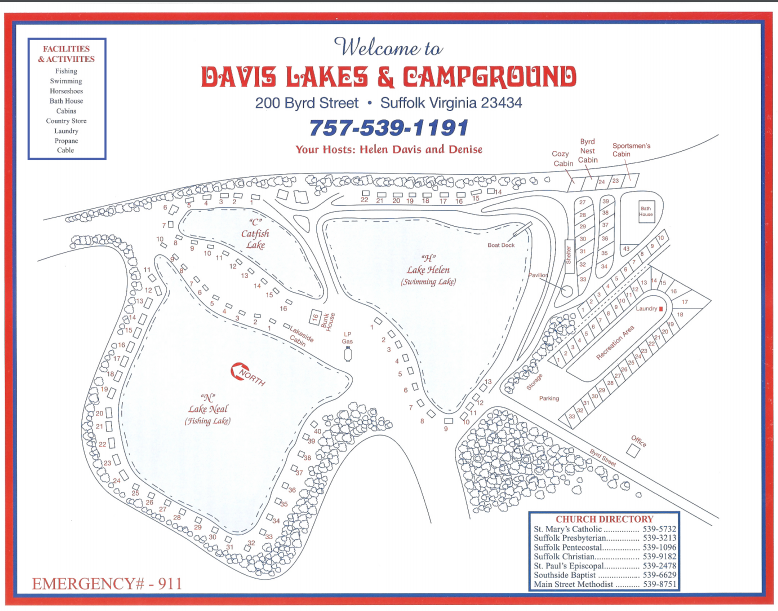 1.0
Not a campground for dogs!! Our dogs were barking because people were walking/coming through our campsite, and a worker at the campground yelled at our dogs and looked like he was going to hit/grab them. (He came around the corner from behind our RV and was “startled” when he saw us sitting there and scared us and gone dogs more — we were dealing with a barking dog and a screaming child all at once.) After he yelled at our dogs (looking very angry), he walked away. if you have a problem with a pet, talk to the owner first! (We were trying to handle the situation but it was the perfect storm of everything happening at once!)
September 23, 2018

1.0
First I would like to say that the campground was clean, quiet, and the lake area was very nice. However, the staff needs some customer service training on how to speak to guests. First, I have never been anywhere where "Life Guards" do not wear anything that signifies them as being life guards. The only thing to give you any clue that these young people were life guarding was their whistles and their constant rude screaming (at parent supervised kids playing) "no flipping", "no diving" "no jumping". Next, when we checked in, my wife told the office that we were expecting her parents and she watched the lady write her parents name on the guest list. About an hour later she received a phone call from the office asking if we were expecting guests. She told the lady yes, her parents were coming to visit and gave their names again. The lady calling then rudely responded, "well, for future reference, you need to put their name on the list". Again, their names were on the list!! We spent the rest of the day meeting people and enjoying the nice, clean lake. Next, 3:39 am, our power goes out. It has been storming off and on, so my wife gets up and looks to see if anyone else's power is out. Nope, the rest of the campground is lit up. I go out and flip the breaker box switch several times, only for the power to come on and off several times before my wife calls the office. The lady answers the phone and my wife informs her that our power is out. The lady's response is, "what are you doing different to be pulling more power?". My wife's response, "we were trying to sleep". Lady's response, "well, those are all new breaker boxes out there". Whatever, we have no power!! She questions do we have this on and that on and to just put our propane on and it will be fine. #1, the propane does not run the a/c unit, #2, we paid for an electric site, I shouldn't have to use my propane-which she informed me would not run out before morning when they could get there. How does she know how much propane I have or if I have any?? She also told me to turn the hot water heater off so I wouldn't pull so much power. AGAIN, it was now 3:45 in the morning!! But someone would be there in the morning to look at it. I asked for an eta...7,8,9? I was told someone would be there at 8. They came at 8:15 (no big deal). One guy tried to just put a band-aid on the problem, but the other guy said no, it's faulty and needs to be replaced. They replaced the breaker box, no further issues on that subject. Next, we had friends come by unexpectedly Saturday afternoon. No phone call was made to check with us and our friends were turned away at the gate (thanks for keeping us safe, but a phone call would have saved our friends some trouble and you called the day before when we had guest names on the list). Next, Saturday evening, after the water park area had closed, it was dark but the beach lights were on. My wife, another camper, and myself were sitting in the chairs talking and enjoying the view when 6 younger people (we are in our 40's and 50's) came rolling up on 3 golf carts. They started telling us, rudely, that the Aqua Glide area was closed and that no one was supposed to be in the water. There were kids in the water, but we told her that they were not ours. She proceeded to rudely tell us again that everything was closed and the kids needed to get out. Not our kids, not our responsibility!! That group leaves and another older couple shows up on a golf cart and asks if there is a problem out here. I told her no, that the girl was yelling at us that she owned the campground and it was her life and the kids needed to get out of the water. and wanted to know what our camp site number was. The lady jumped off of the golf cart and started yelling in my face that the beach was closed and we needed to leave. I informed her that if the other group had of told us the beach was closed, we would have left. I have never been treated so rudely and will not be returning or recommending this campground to anyone that I know!!
August 02, 2018

1.0
Also note, there is nothing for kids to do here, other than the Aqua Glide, which is only open in the summer, from 10 am-6 pm. There is no playground, no game room, and apparently no beach after dark. Nothing to entertain younger kids once the sun goes down or if it's raining.
August 02, 2018

5.0
Nice place to stay. The sites were fairly level, most were gravel with a wooden porch/patio that kept everyone out of the mud when it rained. The staff was nice and had our reserved site ready to go. We were with a Winnebago group and were treated with hospitality. The staff put on a thanksgiving style lunch on Saturday for the residents and we brought a side to add to the meal. They have full hookups both 30A and 50A with some over flow sites if necessary. There are 2 lakes and most sites have some view of those lakes. There are some full timers spots that have the best view of the lakes. Each site had a fire ring. We had use of the common area building that was heated or air conditioned and covered for our group meetings that seated around 100 people. We were issued a bath house key and even though we did not use it, I checked it out and it was very clean. There were smaller bathroom only structures through out the campground that were also very clean. The park is kid and pet friendly. During the summer it looks like the lake has a swimming area, and docks and big wheeled bikes that you can rent. There were 3 dumpsters available at the entrance of the facility. There is also a dump station but I do not have any insight on that. Overall we had a nice time and it was very well apportioned. - Review provided by RV Park Recommendations & Reviews Facebook Group
February 11, 2017