Arkalon Park will be alerted immediately and will approve your reservation after checking availability. 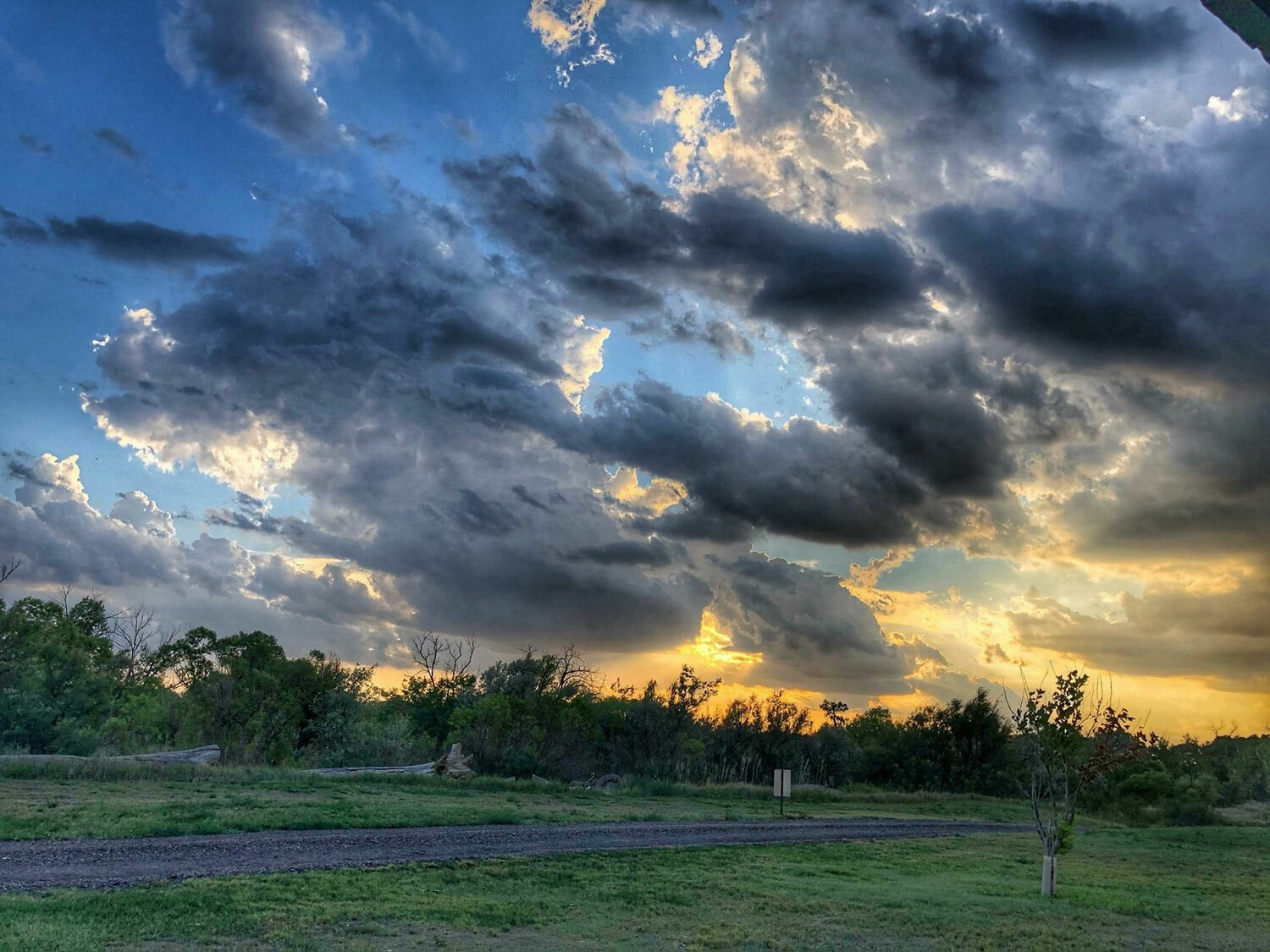 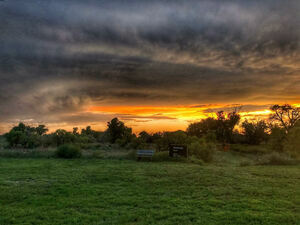 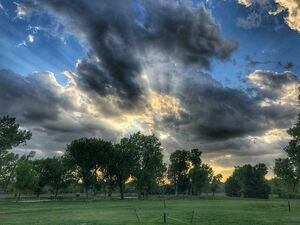 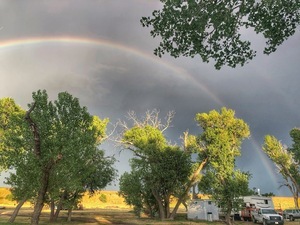 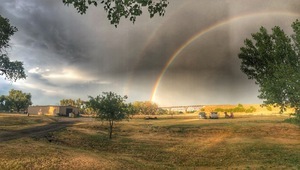 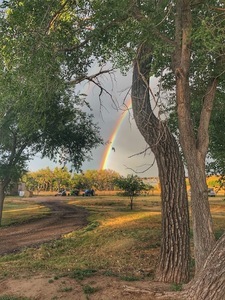 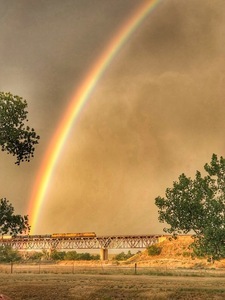 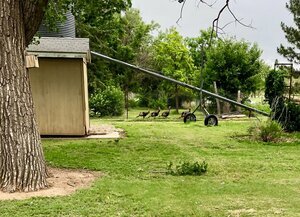 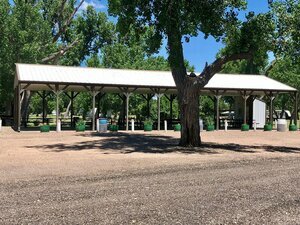 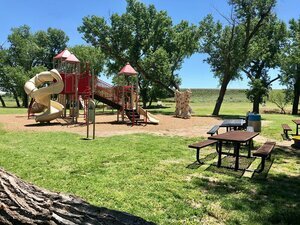 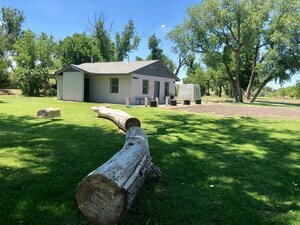 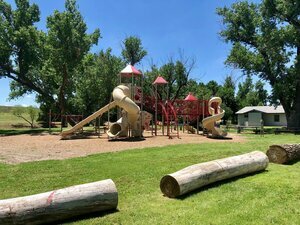 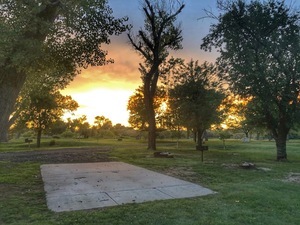 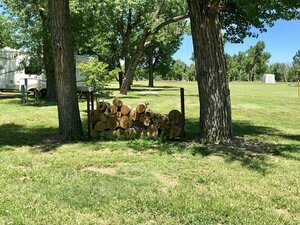 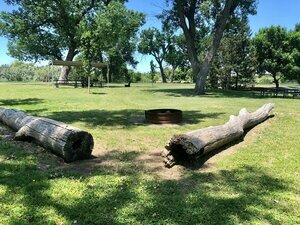 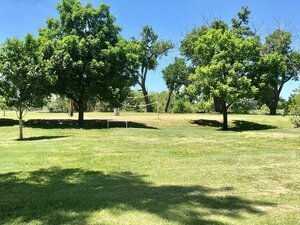 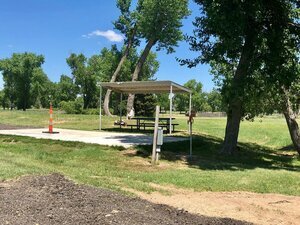 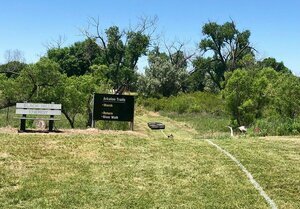 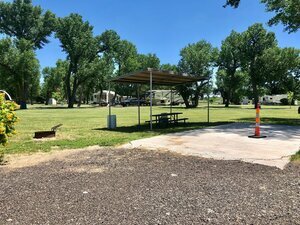 Arkalon park is located 10 miles NE of Liberal KS on HWY 54. The park offers concrete pads, water, 30/50 amp power for campers, and well maintained grassy areas for tents. Most sites have covered picnic tables. All sites have fire rings and BBQ grills. There are hiking trails, a sandy volleyball area, fishing ponds on the property, and an amazing playground for kids.  There is also plenty of room to set up outdoor games. A fully equipped bath house is available for your convenience.  For your safety, there is a gate that will be locked every night from 10 p.m. - 7 a.m. and several tornado shelters (which hopefully, we never have to use).

More Infomation can be found on the following:

Disorderly conduct will not be tolerated. Upon first offense, violators will be expelled permanently from the facility.

The discharging of firearms is prohibited.

Vehicles on graded roads only.

Pets must be on a leash at all times.

Fires in grills and designated areas only.

Cattle and wildlife have the right-of-way.

Cutting of standing trees is prohibited.

Consumption of cereal malt beverages is permitted in campground and fishing areas.

The use of ATV’s, go-carts and dirt bikes is prohibited.

Firewood cannot be removed from the campground.

Arkalon park is named after the town of Arkalon that was founded in 1888 at the Cimarron river crossing of the Chicago, Kansas and Nebraska railway, a part of the Rock Island. Town lots were cheap, and people flocked in by the hundreds. However, the deep sand of the area was a serious handicap to the movement of horse-drawn freight, and the town never succeeded in establishing itself as a profitable marketing point. It was sustained for years by the large stockyards but by the 1920's most of the population had gone.

There is a wonderful view of the Mighty Sampson of the Cimarron Railroad Bridge that is still in use today.  The bridge was a new design, built in 1939, out of necessity after three different bridges at this location colapsed during a span of two decades.  The bridge is 113 feet above the river bed (which is now almost dry), 1269 feet long, and is a floating bridge.  It sits on pylons but is not actually attached to them.  It was a contender for the 8 wonders of Kansas Architecture award.

Things to do in Liberal, KS

Thank you Jim, glad you enjoyed your stay. Thank you for stopping by to see us. Please come back again, we would love to see you.

5.0
This our very favorite place to go!! We choose this park because it is local; only have approx. 20 miles to travel, but even more so because it is beautiful, quiet and a good place to just relax. You can usually see turkeys in the campground morning and evening and an occasional deer close to the campground. It is a great place for the Grandkid's to come and play. There is a very nice playground for them and lots of good, green grass for them to run and play in also. It is just a peaceful, calm, relaxing place to be. I hope they get the ice situation figured out. Although they charge a little more than in town, it is worth it to be able to get the ice on site.
June 10, 2022

Barbara thank you for your wonderful review. Our terrific staff and volunteers work very hard to keep the park in good condition. We would also love to get the ice situation resolved.

5.0
Beautiful clean well maintained site. Lovely restrooms with hot showers. The road in is rough but easy for any vehicle. Highly recommend this place! We’ll stay here again anytime passing thru. Also nice to see locals enjoying it as a picnic site.
June 02, 2022

5.0
Arkalon is a nice park a little hidden gem. Most sites have big tree, which are helpful in the extreme temperatures. Nice grass area for the kids to play as well as a playground. Sites have level concrete pads, fire rings and lots of firewood available for campfires. There are hiking trails throughout camp area. Camp host was congenial checked on us daily to see if we needed anything. Bathroom area was clean and in good working order. Ice machine wasn’t filled with ice but not far into town.
June 01, 2022

5.0
We had a great experience. It was nice to see all of the kids out playing in the water because it was so hot. The firewood already being there is always nice. The only minor inconvenience would be that they did not have any ice, that was always really handy.Overall very clean and well kept park!
June 01, 2022

I am very pleased you had a great experience. We work hard to keep the park in good condition. It is also disappointing to us that we can not provide ice to our customers. I am working on other solutions to get our ice cooler filled.

5.0
Amazing hidden gem of a campground! Larry was very welcoming and knowledgeable!
May 21, 2022

Thank you. It was a pleasure having you stay at our campground. Hope to see again

Emily, sorry you couldn’t find the park. We do go to the highway and lead people to the park if campers request that.

Thank you very much. Hope to see you soon

5.0
A Great place to visit and relax! The camp host is a Great person! Accommodations are convenient, clean and welcoming...
April 19, 2022

5.0
Great place, the camp hosts are some of the best people and the staff is the greatest. The campers that we have mean camping wear so cool to visit with.
April 12, 2022

5.0
Beautiful campground with a extremely helpful host. Thanks for the great experience!
April 08, 2022

Thank you for your lovely review. I am so please that you enjoyed your stay at our park. I hope you have the opportunity to visit us again.