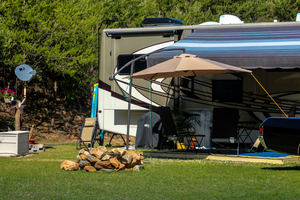 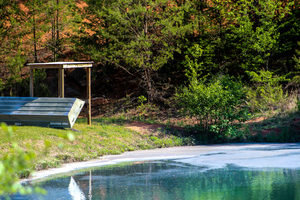 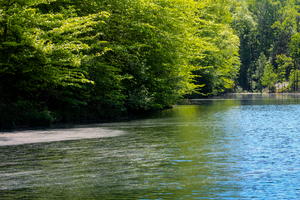 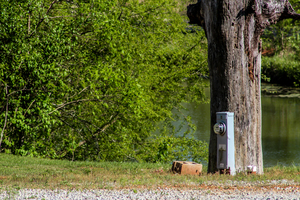 Are you looking for an RV park in pickens, SC? Then April Valley RV Park located on 149 April Valley Lane might be the place for you. The site includes electricity.

5.0
Hard work has been put in by April an Mac,the concerns William Rogers ,Me have all been resolved,the grounds have been treated an smooth out,the lodge issue has been fix an resolved,no complaints.I highly recommend this campground an would stay again..Once I reported my concerns April an Mac took a tion an worked very hard,this place is above any campground that I have stayed.If you stay here an any problem(which I don't see in the future they will help you),Thanks to April an Mac for fixing minor things things that I may have expressed.Beautiful place an again my rating goes to 5 stars.William Rogers
December 02, 2018

3.0
Many of my comments have been resolved,it was not the owner April but her hired help Tom,she has put tom on warning an updating the concerns,I now recommend this placee, Billy Rogers
December 01, 2018

1.0
My name is Billy Rogers,I have been a residence for a couple years.My son got evicted for speeding not excessive but he was about to have a bowel movement. He also had a argument with his girlfriend an I ask Mac did he want him to leave an when he got his new place he moved.Yes he did minor things an got evicted.Now my experience. They are paying 11 cents per kw to a meter at owners home which is transferred to all residents at 18 per kw. Way to much of mark up. The meters are outdated an uncalibrated an unlocked. They have a lodge that they refuse to heat during winter . Last winter they left frozen feces in toilet (sick).I question that an made them mad.They first was gonna take out pool table to draw me in to a argument,I didn't say anything,just played in the cold.Now they took pool balls off table.very bad..The owner called Mary at work because she missed a spot of dog do.She told her if it happens again she will have to get rid of dog or leave,that is her family.My friend Steve has to walk with walker to keep from losing his leg,an Mac plows up rocks around camp ground so he can't use his walker to exercise.so now he can't use it to walk.. I will be the third one evicted cause they told me if my son didn't remove his review that I was gone,so freedom of speech I said no, also they lost a 2400. Dollar check in there mail with no apologies,I was leaving this winter anyway cause I told them last winter.i have contacted better business bureau an Greenville news,good rediance to some very greedy people an on idiot grass cutter.I told y'all I would not spend another winter here,you didn't have to serve but thank goodness I got my everything in order for me to leave, so long April greedy valley. See my post of pictures on there Facebook page.I am gone but not finished, civil suit cause everything I have posted is the the truth.so long till we meet again
November 30, 2018

2.0
They ask my son to leave he exceeded 15 mile he speed limit.You have to pass there house to get in.They don't have radar, nobody can speed,What my son posted is true.They are to cheap to heat lodge in winter were you shower,wash clothes an I play pool.i am the only one that plays.She was gonna take the pool table out to make me leave,it won't work.This place could heat lodge during winter even from 12 to 4 during winter days,it doesn't have to be totally heated but somewhere to keep warm while washing.They did put a small heater in bathroom last spring after I complained,now I am a son rdof a bitch for not wanting to freeze my ass off.They care nothing about you only money.Screw the paying tenant.Again how hard is it to put heaters in Lodge a few hrs a day.i ain't leaving.Till I get ready.i am very experienced with dealing with people that think they better,I just come up here for peace after lose of daughter,now April needs to stay on the hill an let tom handle things.I will inform this site of any changes,an to Jacob my son,don't post anything else,they did not make me pay that 90 Dollar money order that was put in box,Dad can handle dad,thanks for staying by my side son,I would never make you homeless an you will always be in my life Maybe they can use there head an try an put some heat I lodge,such a easy thing,they stay warm in there house with the money campers pay for,thanks Jake I got this no more post
October 18, 2018

1.0
Never seen such shit management, Bed bugs, lodge yes, freeze in winter,sweat in summer, grass cutter talks about everyone,they had convicted register sex offender in lot 16 an did not know his name, my dad turned him in ,he is ex ci,owner makes rules to fit her one daughter, the camper next to me was infested with bedbugs an the old man put his couch an mattresses outside an they got in mine,I pulled out, water is uck, building called lodge is a meat locker in winter,an Sona in summer (fixable)but they refuse.They spy an lie.A work out room by a camper was made,(not them,)nobody is healthy enough to use it,no planned events.Tite asses.This place is nice for people who work an don't have to camp.1 star no half star,never again, owner abuse.Grasscutter drinking problem.Move on, Jacob Rogers,they lost a 2400.00 dollar check an paid 90 in money order when left,they said it wasn't in box, tracked it an was deposited,I am 26 an not a kid like I was called,new born was told not to be on site,when they have a crippled guy walking around pond an gonna fall in, Most greedy people in county,Glad I am gone,dad still there an picking on him,my dad is to smart for these one eye people,Go daddy,get them outdated meters changed an he will,he is the only one to use lodge to play pool,now they taking that out to make him leave,na y'all made him upset,my dad very smart,he will shut them up or down, Jacob Rogers for info, contact on Facebook for pictures of frozen turd during winter which they let it be for the winter to keep an cheap to heat
September 19, 2018