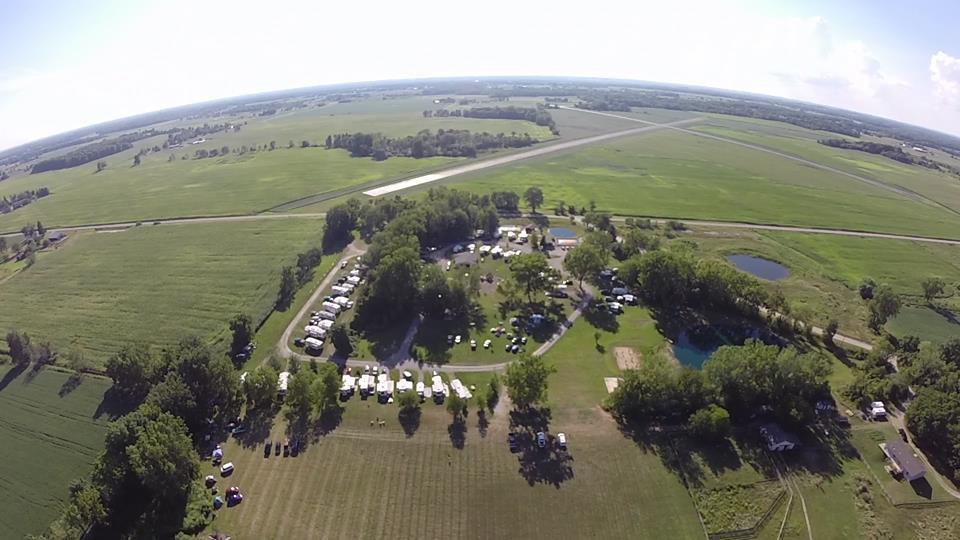 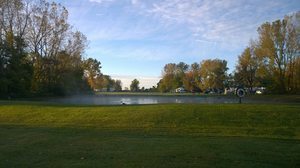 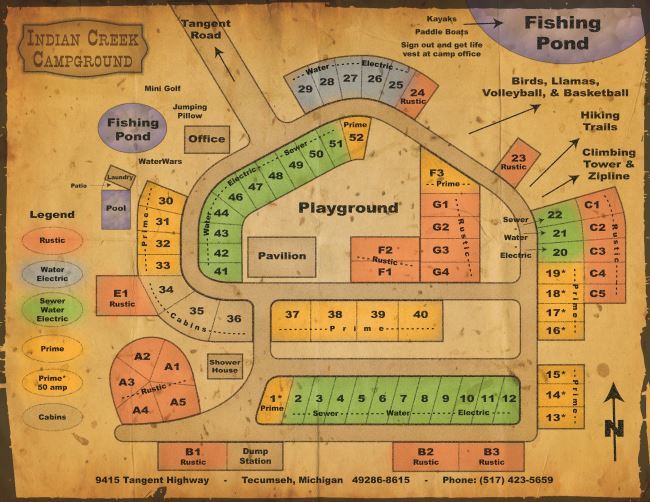 Not The Right Sort

1.0
Indian Creek Camp and Conference Center located at 9415 Tangent Road, Tecumseh, MI 49286-8651, phone 517-423-5659. On June 3 2017 after making a complaint about discriminatory practices of this supposedly Christian camp ground, I was mocked, laughed at, called names, and threatened with a call to the police, by a young mother behind the counter with four cackling minions mocking, laughing, and looking on, (way to deescalate the situation and let guest know you value their feedback)… (that’s right… you don’t want the comments from the common folk… just the ones that can afford the big RV’s). This is after the Jackal admitted that she gave out personal information that is collected on the applications, and data that was entered in to their system to other guests. My initial complaint was that we were told that we were required to have a tent instead of sleeping in a vehicle (kinda what most everybody with a mobile home does isn’t it?) Anyhoo (that’s the way us peasants what don’t fit your image say anyway) … I accepted that until in the spot right next to us pulls in a conversion van… which the couple driving it did what?... Slept in it…. With no tent in sight… Okay… so our van had dents, way more rust, and had lost its shine over the years, but we were told we didn’t represent the image of the campground. Whatfreakingever… maybe it was because we are fat… nope… that couple had extra pounds too… more than likely because it was clear we didn’t have a lot of money, maybe that’s the image they felt we didn’t represent (I guess we should never have rented at a campground, we belong on some dark unsafe street, right?). Then the subject turned to the fact that the previous week when we reported to the old lady in the office that we had heard a very large feline the night before, and… shock and awe… wait for it… it sounded like a cougar. The old lady said they had bobcats in the area before but never anything like that, instead of reporting the possibility to the DNR for them to determine what type of predator we heard, felt rubbing against our van, and saw the tracks of, they treated it like a joke, and to my knowledge never warned any of the other campers with children of the possibility. When I brought it up to the lead office Jackal AKA the new mother behind the counter (poor kid… if that’s the kind of person that will teach him/her about humanity, empathy or compassion to provide a moral compass I don’t hold out much hope), I was mocked, laughed at, and called names for mentioning the word BOBCAT, did I mention that it was the old lady that said they had been around and not me? Moving on… after that the Jackal (I call her that because that’s what her evil cackle sounded like as she tried to strip the humanity away from a 53-year-old woman who came in with a legitimate complaint), decided it would be a good idea to let me know they gave out personal information and gossip (aren’t small towns grand Aunt Petunia) on a paying guest to another guest who for all they knew could have been a serial killer. That is sooooo not cool. It’s too bad, because the camp itself was nice, but going to church on Sunday and mocking, laughing at, name calling, kicking people when they are down the rest of the week NOT CHRISTIAN, but doing it in a group is FERAL behavior, and by the by…threatening people with the police when they make a complaint… NEWS FLASH… complaining isn’t illegal, and reporting predators is not a laughing matter it’s a moral responsibility to any of the children who could be hurt if campers are not aware of the POSSIBILITY of a predator, you’re supposed to report it to the DNR for them to determine if there was any substance to the claim. Last but not least, giving out ANY personal information that you obtained through your intake system, even something as insignificant as the date of check in, name, address etc… of guests is at the least unethical, at the most… hmmm… I wonder if it’s legal…I guess you would need a lawyer to answer that question…because I think even the police would require a warrant to obtain said information. P.S. to the Jackal (you know who you are) if the religious belief that whatsoever you do to the least of my brothers, that you do unto me is true… Lucy… you got some splainin to do… UPDATE!!!!! Hello, Thank you for contacting the DNR Wildlife Division. If you took pictures of the tracks that the animal left in the mud that would help us identify the animal that you heard around your campsite. Our specialists are really good at identifying animals by the tracks they leave. Here is a link that you can find on the Michigan Department of Natural Resources website where you can report observations of different species like cougars. Cougars (or mountain lions) were originally native to Michigan, but were extirpated from Michigan around the turn of the century. Cougars are listed as an endangered species in Michigan. The last known wild cougar legally taken in the State occurred in 1906 near Newberry. There have been periodic confirmations of cougar sightings since that time, and one illegal harvest in the Upper Peninsula. Over the past few years, numerous cougar sighting reports have been received from various locations in Michigan. This situation is not unique to Michigan, but has been occurring in many other mid-western and eastern states as young males disperse from core range in the western United States. I hope this information helps. If you have any further questions please let us know, we are happy to help. Your partner in conservation, Heidi Densteadt
June 07, 2017

4.0
Just spent a week at Indian Creek Campground in Tecumseh, Mi. Located just off Hwy 50, this campground is away from the highway noise but only a few miles to Tecumseh or Dundee. Great family CG with a nice pool, minature golf, huge bounce pillow. Movie night for the kids, water balloon activities, zip line, great playground, karaoke on Saturday night. Nice and quiet during the week and things settled right down after 10 on the weekends. Stayed on Site 1 up on the hill. - Review provided by RV Park Recommendations & Reviews Facebook Group
February 12, 2017