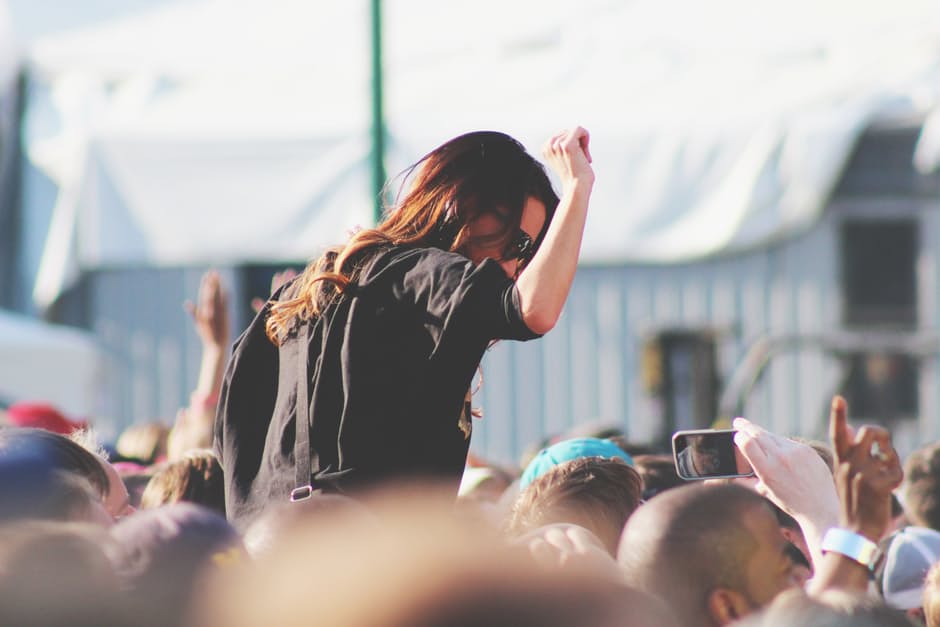 The Hullabalo Music and Camping Festival is one of Nebraska’s most anticipated annual events, drawing over 1,500 eager festival-goers each year. The event was started in 2001 by the Kris Lager Band, a revivalist rock group based out of Omaha Nebraska, and touring for over a decade. The band began the event to bring the musical dynamism of touring artists to locals who were looking for a fully immersive festival experience. The event is a three-day affair each summer in Sokol Park. Nestled in untouched forestry, the park is a picturesque spot not only for music lovers, but also for diners, wedding parties and families looking for a great spot to spend their weekend days. For music-enthusiasts looking to enjoy the park after hours, there’s a playground and recreation area, covered barbecue pits, horseshoe pits, basketball and volleyball courts and picnic tables.

Each year, the music stage comes alive with a strong lineup of local, regional and national bands, each riding the cusp of national fame; groups like Henry and the Invisibles, Battling Giants and the Brody Buster Band, and the event additionally attracts audiences with with its average ticket price of $25. Like the event’s founding band, most performers are influenced by musical trailblazers like Jimi Hendrix, Taj Mahal, Johnny Cash and Led Zeppelin. Over the years, the festival has expanded to include vendors and various activities that give every type of festival-goer something to look forward to in between key performances. In the past, there’s been hookah lounges, badminton courts, midnight movies and frisbee golf courses. A huge draw for most folks are the workshops and services available, like low-cost massages from local massage therapists, pottery and yoga classes and a variety of local vendors selling handmade jewelry, clothing and tons of eclectic art. For festival-goers, the music, supplemented by amazing local vendors makes the event stand out as one of the most immersive and enjoyable of Nebraska’s yearly events.

The event isn’t only a huge musical affair for natives and visitors to Bellevue, but also a great three-day getaway for camping enthusiasts. There are several rv parks in Bellevue, NE, some of which are clear favorites among yearly festival attendees. A 14-minute drive from Sokol Park, Haworth park is one of the event’s most popular RVing spots. The Missouri River nearby is spectacular at sunset, and the camping spot itself a great place to relax after a full day of music and fun. Many visitors take advantage of RV parking at the Hullabaloo Music Festival to truly immerse themselves in Nebraska’s spectacular natural landscape. Some go a little further to do some tent camping and hiking before heading off to the the festival, giving them an all-rounded taste of the beautiful scenery as well as the state’s grand artistic domain.

The Hullabaloo Music and Camping Festival continues to be a Nebraska treasure, drawing huge, growing crowds of local creatives and excited campers and event-goers. We expect that 2017 will be an even more amazing year for the festival and hope to see you there!

Author Bio: Davina B. Adcock is the Content Manager/Data Team Manager and Marketing Specialist at RoverPass.com She is a storyteller by trade and enjoys travelling for work and pleasure.