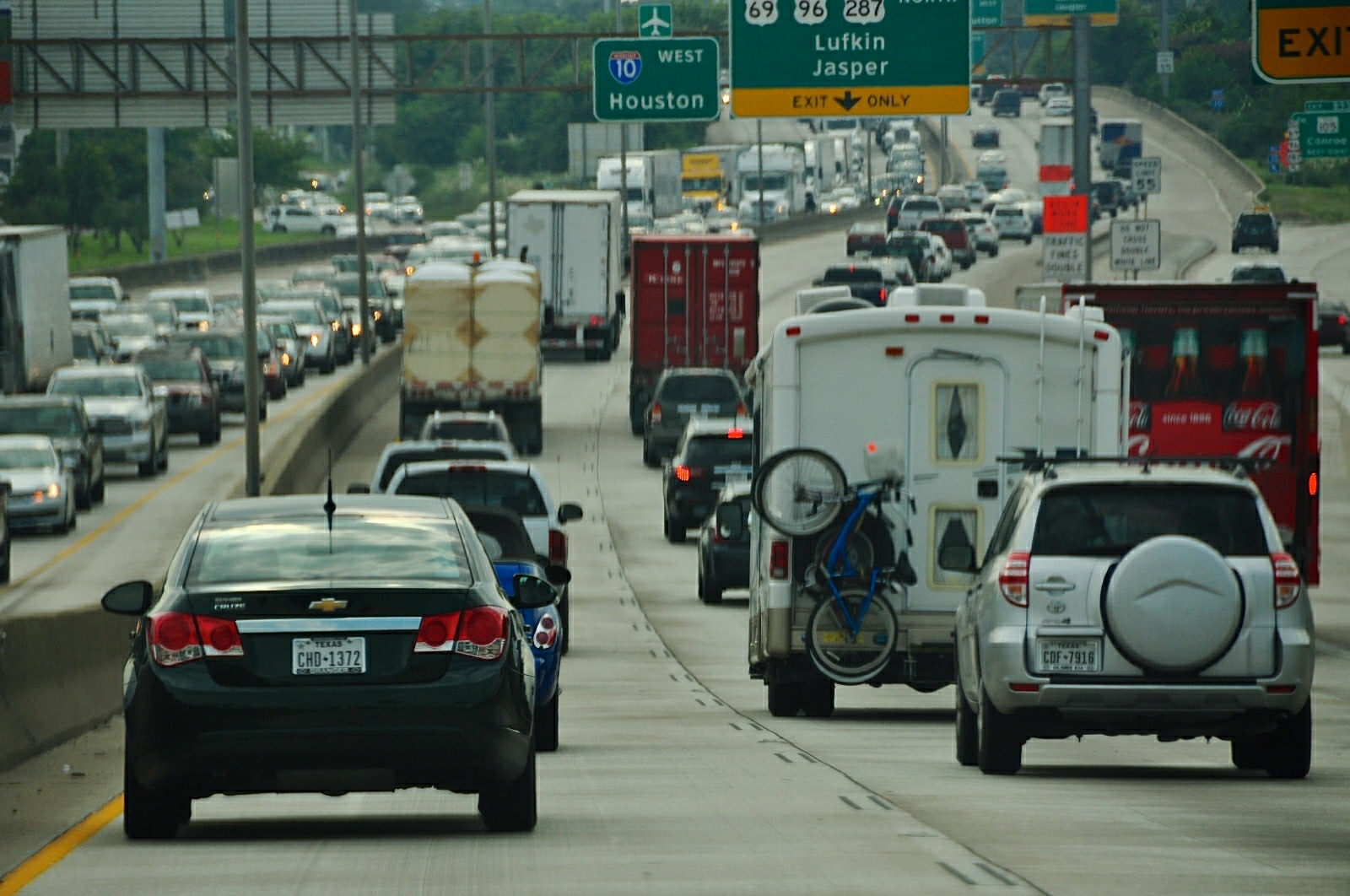 With the thrill of the open road comes the buzz kill of traffic—even the best road trips can become excruciatingly long and painful once you hit a bad patch on the highway. Some traffic is unavoidable; wrecks will always be a factor in any road trip. But often times, if you know where to go, you can dodge the worst traffic areas and keep moving along on your journey.

The Metroplex is situated in a unique position, in that many of Texas’ major highways converge there. What this adds up to, in short, is a ton of traffic – $4.2 billion worth – according to LawnStarter Fort Worth.  On top of all this, construction here is notorious for causing huge delays and massive headaches for travelers. If you must drive through the Metroplex, tend towards the west on the Fort Worth side. I-35 West through Fort Worth isn’t ideal by any means, but much better than I-35 East through Dallas, which, both north and south of downtown, is often jammed with traffic, as is US 75 (Central Expressway). The major loops, I-635, I-20, and I-820 are better, but still best to keep off of during rush hours. Your best routes, on the interstates, are I-35 West (if going north or south) and I-20 (if going east or west).

Some alternatives definitely exist, especially for those who enjoy seeing a different side of Texas than that provided by the interstates. Going south on US-75? Try cutting over on US-69 at Denison, then taking SH 34 from Greenville to I-45 in Ennis. You’ll have saved yourself a lot of trouble and seen some towns you otherwise wouldn’t have.

Austin, like DFW, is infamous for its traffic. And unlike DFW, there really aren’t many alternatives, since all the major highways are traffic-prone. Your best bet going through Austin is to take TX 130 instead of I-35; be advised, however, that it is a toll road. If you’re traveling between Houston and Austin, either US 290 or SH 71 are viable options, but traffic will get worse as you approach I-35.

San Antonio’s traffic can partially be avoided by TX 130, depending on your final destination. If you’re traveling through the area on I-10, SH 1604 should help you sidestep the worst traffic.

Houston is the fourth-largest city in the United States, so it should come as no surprise that it, too, has some issues with traffic and congestion. Sadly, your best bet in the Houston area is to take Loop 8 around the city. Though this route should come with much less traffic than any other, once again, it does come with a toll, and sometimes still has problems with traffic.

Though not a city area technically, this stretch of interstate between Dallas/Fort Worth and San Antonio has some of the worst traffic in the state, as well as incessant construction projects that often reduces traffic to one lane. While I-35 is such an integral route to many trips across Texas, and as such is hard to avoid completely, there are some alternate routes that you can take if you wish. If you’re taking I-35 south to the coast, for example, cutting off onto US 77 at Waco will still get you to Corpus Christi, Port Aransas, or South Padre, and spare you the nightmarish traffic you might otherwise come across. Heading from South Texas up to North Texas? Take a detour through the Hill Country by taking US 281 north out of San Antonio.

There’s plenty of great places to go in Texas; traffic is sometimes just the price you have to pay to get there. But if you plan ahead, know your routes, and time your travels right, there’s no reason you should have to suffer through standstill traffic and construction. Maybe you’ll even see some neat places you never thought you would.