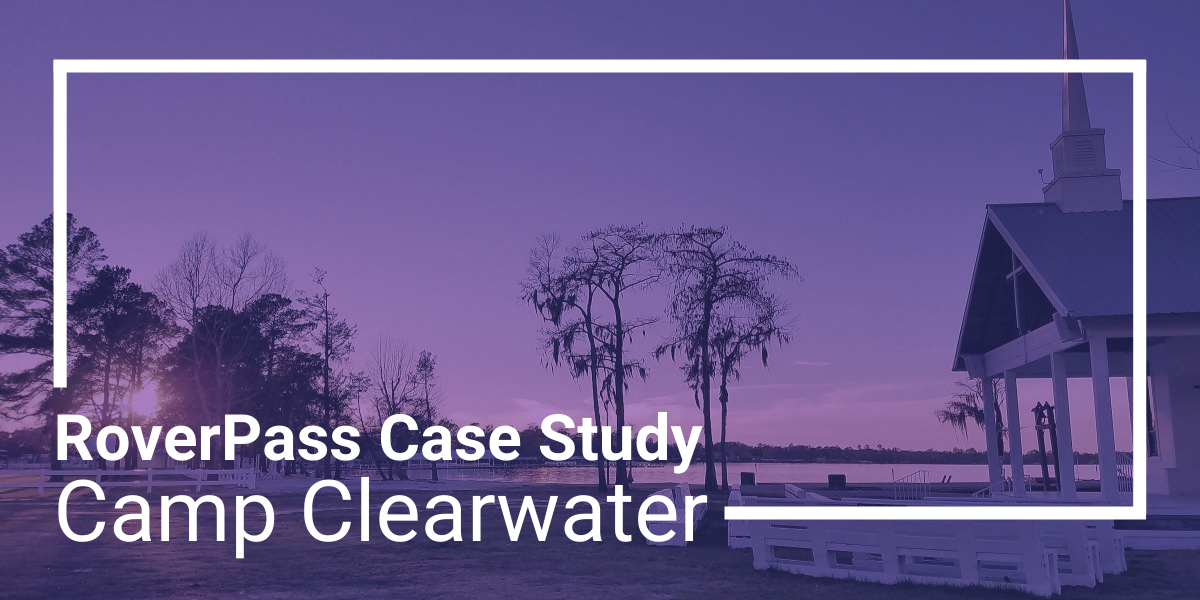 With over 1000 campsites and a cash-only policy, park manager Leslie Presley had a hard time finding a reservation management system that would work for her. That’s until she found RoverPass. With her bookings streamlined, Presley says she can finally take better care of her guests.

It is said that around 5,000 years ago a meteor struck the Earth, carving out the 5-mile-wide body of water now known as White Lake, North Carolina. White Lake is known for its crystal clear water, which explains how the largest park on the lake, Camp Clearwater, takes its name

Family-owned since 1964, Camp Clearwater has been a getaway and home to thousands of travelers and residents. With 964 permanent campsites and 100 overnight sites, keeping track of it all can be quite a daunting task. However, with the help of RoverPass, managing the large campground is a piece of cake for campground manager, Leslie Presley.

Even before taking on the role of Campground Manager in late 2013, Presley called Camp Clearwater home, coming to the park as a resident back in 2007. After spending several years living on the grounds, she jumped at the opportunity to serve the park and community as a manager.

“[The previous manager] was leaving, and [the owners] approached me and asked me if I would like to take the position,” said Presley. “My work ethic and dedication proved to them that I could handle the role.”

When Presley first took the reins, Camp Clearwater was without any kind of reservation software, making it her first mission to find one. With the campground having over a thousand sites, one would think reservation management software companies would be eager to sign them up, but this was by no means the case.

“A lot of [reservation software companies] would turn us away because we don’t take credit cards,” said Presley. “RoverPass was really the only one that would work with us. “It works perfectly fine taking the cash and check and not doing credit cards.”

After implementing RoverPass, Presley was able to streamline the booking and reservation process, freeing up more of her time to be spent paying attention to her guests at the park.

In addition to making it easier to manage the guests they already have, Presley said the additional visibility that RoverPass gives Camp Clearwater has consistently brought in more business every year. The campground has been using RoverPass for three years and each year sees approximately one-hundred customer increase.

“There’s a small community within itself, you know,” said Presley. “Once people actually get here and they move in, it’s just neighbors helping neighbors … It’s just like a big family. We’re very odd and unique. So if [RoverPass] works for us, it can work for anybody.”

Camp Clearwater isn’t your typical campground/RV park, something Presley and her guests take much pride in, and thanks to RoverPass, Presley can serve the place she calls home as best as she can.