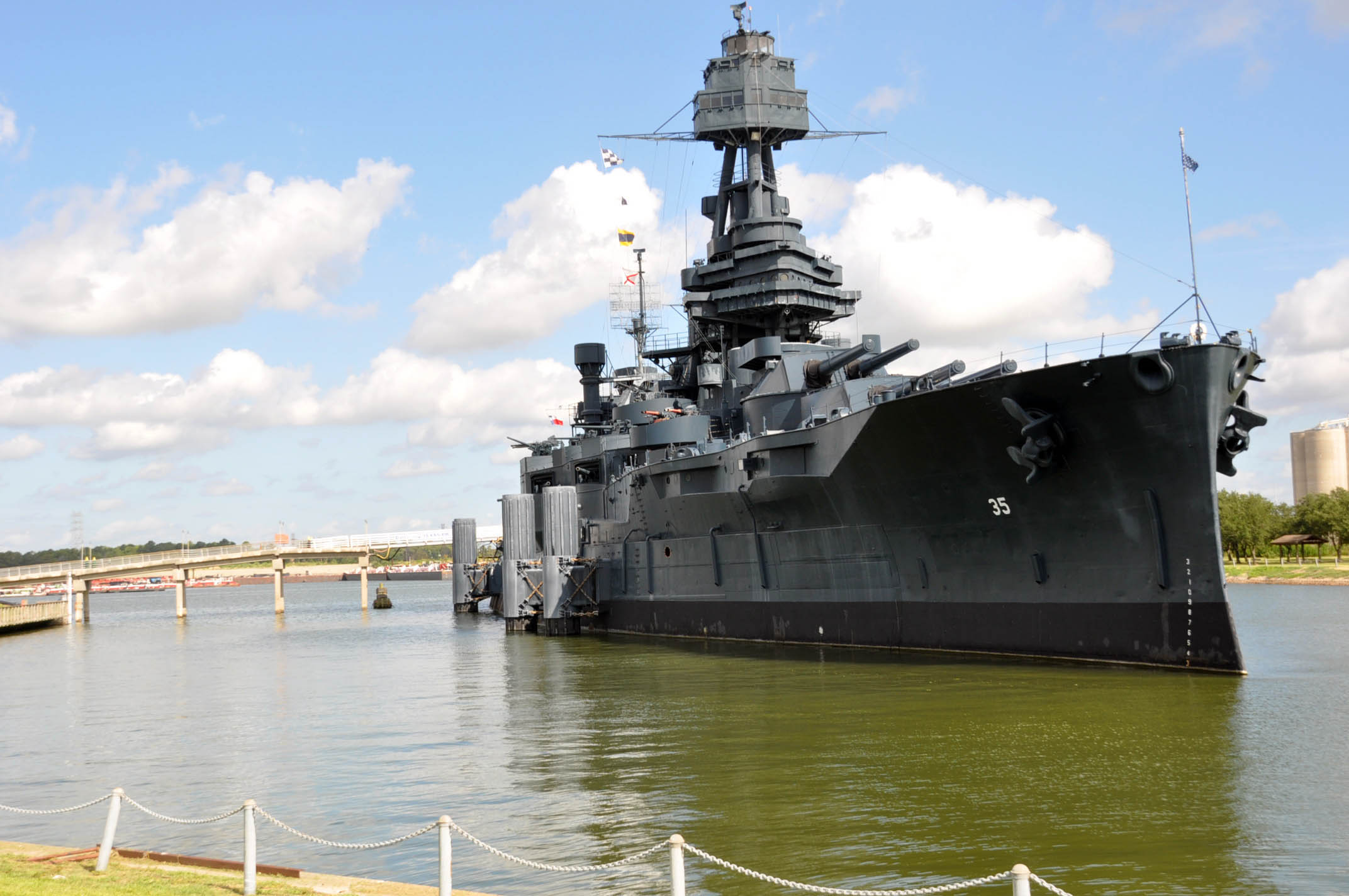 Ahoy! Relive history at the Battleship Texas State Historic Site, a must-see attraction while in the Houston or Galveston Island area. This 1,200-acre park includes the San Jacinto Battleground, the Monument and the jaw-dropping USS Texas Battleship. The historical relics of yesteryear allow you to experience first-hand what navy life was like during WWI and WWII. You’ll feel like you’re getting away with something when you sneak a peek at the preserved galleys and living quarters of the ship which was decommissioned in 1948 and preserved for guests. Then, mosey over to the observation deck of the San Jacinto Monument for an epic family photo.

You’ve got to see it to believe it. This cultural destination has something for everyone, young and old. Here’s the scoop:

Walk in the footsteps of a soldier from the famous battle for Texas Independence. You’ll notice the granite markers throughout the park which indicate the Texian camps and Mexican camps. For a nominal fee, you can head up to the observation floor of the monument to get a birds-eye view of the Houston Ship Channel and USS Texas.

Get down and intimate with the USS Texas. This mighty naval ship provides intimate insights into the life of a sailor, from the barber shop where they got their hair cut to the guns that they used (gulp!). Climb 60 feet above the water to the flying bridge for spectacular panoramic views or check out the engine room 20 feet below.

In the early 1800s, the State of Texas purchased ten acres along Buffalo Bayou in preparation for the fiftieth anniversary of the Texas Revolution. State Senator Waller Thomas Burns of Houston was able to pass a legislation funding money to establish a public park. After the state appropriated over $35,000, arrangements were made to establish San Jacinto State Park, the first official state park in Texas. It is located off the Houston Ship Channel in LaPorte, Texas.

The Battleship Texas is the last remaining battleship patterned after the HMS Dreadnought that participated in WWI and WII. It was originally commissioned on March 12, 1914, as a powerful weapon. By 1919, The Battlefield Texas was the first U.S. battleship to launch an aircraft. New developments in anti-aircraft batteries, fire control, and communication strategies allowed the ship to remain effective until 1948 when she was decommissioned and given to the State of Texas to serve as a permanent memorial. She continues to serve as a National Mechanical Engineering Landmark National Historic Landmark.